Context: Wayanad Wildlife Sanctuary, though home to more than half the number of tigers present in Kerala, may not be notified as a Tiger Reserve as it lacks public support. 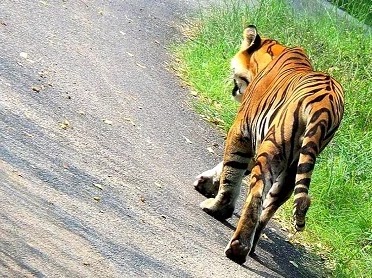 BACKGROUND The Status of Tigers in India report released last year had estimated the tiger population of Wayanad as between 75 and 80 individuals. Periyar Tiger Reserve, the first one in Kerala, has an estimated population of 30 to 35 big cats whereas Parambikulam, the second reserve, has a population of 20 to 25 tigers. Cattle lifting by the ailing tigers and their straying into human habitations  have often triggered widespread public protests in the district. The department had to backtrack from its earlier attempts to notify the reserve following stiff public resistance. There were speculations that the notification would bring in stringent restrictions on development activities. ABOUT WAYANAD WILDLIFE SANCTUARY